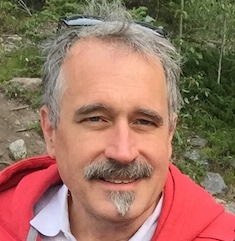 Al Bovik holds the Cockrell Family Endowed Regents Chair in Engineering at The University of Texas at Austin, where he is Director of the Laboratory for Image and Video Engineering (LIVE). He is a faculty member in the Department of Electrical and Computer Engineering and the Institute for Neuroscience. His research interests include image and video processing, digital television and digital cinema, computational vision, and visual perception. He has published more than 800 technical articles in these areas and holds several U.S. patents. His publications have been cited more than 75,000 times in the literature, his current H-index is above 100, and he is listed as a Highly-Cited Researcher by Thompson Reuters/Clarivate Analytics. His several books include the companion volumes The Essential Guides to Image and Video Processing (Academic Press, 2009).

Dr. Bovik has been named to be the recipient of the 2019 IEEE Fourier Award “For seminal contributions and high-impact innovations to the theory and application of perception-based image and video processing.” He was also the recipient of the 2017 Edwin H. Land Medal from The Optical Society and the Society for Imaging Science and Technology. He also received Television’s highest honor, a Primetime Emmy Award for Outstanding Achievement in Engineering Development from the Academy of Television Arts and Sciences (The Television Academy) in October 2015, for his work on the development of video quality prediction models which have become standard tools in broadcast and post-production houses throughout the television industry. He received the IEEE Third Millennium Medal in 2000. He has also received a number of major awards from the IEEE Signal Processing Society, including:

and from the Society of Photo-Optical and Instrumentation Engineers (SPIE) and the Society for Imaging Science and Technology (IS&T):

He has also received the following honors from the Cockrell School of Engineering at The University of Texas at Austin and from his alma mater, the University of Illinois at Champaign-Urbana:

He has also received a number of important journal paper awards:

He is a member of the following societies:

Professor Bovik co-founded and was the longest-serving Editor-in-Chief of the IEEE Transactions on Image Processing (1996-2002), created and served as the first General Chair of the IEEE International Conference on Image Processing, held in Austin, Texas, in November, 1994, along with numerous other professional society activities, including: Board of Governors, IEEE Signal Processing Society, 1996-1998; Editorial Board, The Proceedings of the IEEE, 1998-2004; and Series Editor for Image, Video, and Multimedia Processing, Morgan and Claypool Publishing Company, 2003-2015. His was also the General Chair of the 2014 Texas Wireless Symposium, held in Austin in November of 2014.

He is a registered Professional Engineer in the State of Texas and is a frequent consultant to legal, industrial and academic institutions.